Kingdom Death miniatures remain some of the very best in board games- even the older ones from the core box set.This is the Butcher. While he is normally painted in a very dark color pallet, I chose to use some lighter colors on him (especially for his fur). Overall, I think this worked quite well. I also created the base of faces for him. 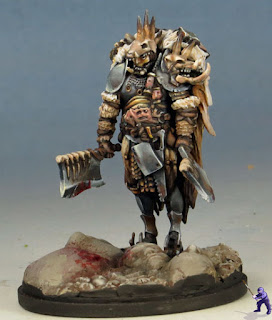 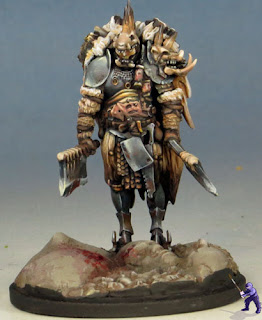 Orks are terrific, aren’t they? While the aesthetics and logic behind most 40k factions tries to toe the line between Full Blanche and minimally plausible weapons of war, the Space Orks just embrace the most absurd logic (a red paint job actually makes it go faster).

This conversion was created by my client- and I really love it. Orks looting vehicles from Imperial factions is always great, but there’s something especially amazing about looting the claw of a titan and turning it into a tank.

For the paint job, the titan claw is meant to look like the Orks painted over the original Titan’s color scheme. To this end, some of the scratches in the red show blue and imperial insignias and patterns underneath. 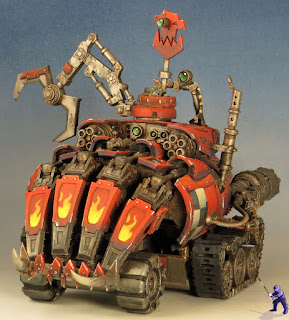 I got the chance to paint up some miniatures for a project to bring the Modest Medusa webcomic into the minaitures world.
These were all sculpted by Brian Phelps, and I think every one of them sculpts is super cute. I'm going to get to do some more of them for backers, since the project is pretty nicely overfunded.
Anyway, here are all of the very cute Medusa minis I painted for them. 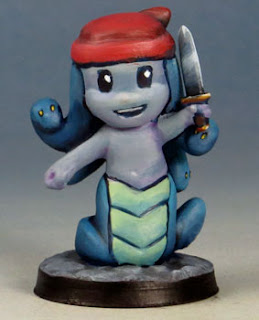 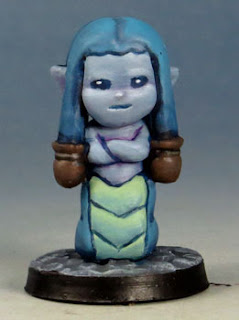 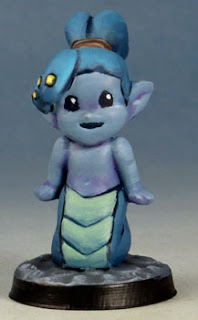 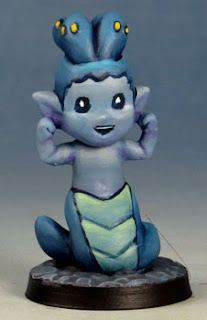 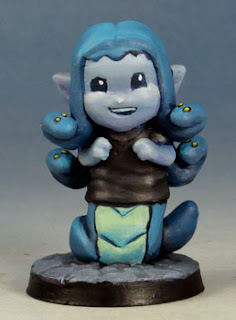 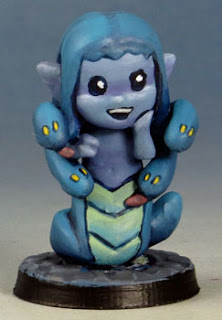 I created this mini a little while ago, but for some reason I missed showing him off.

This is my chibi version of the Manhunter nemesis monster for Chibi Kingdom Death.  The core mini started its life as a cowboy robot from Rail Raiders Infinite, so he's come a long way to get here.

For the base, I wanted to create a chibi version of a base that I had previously made for the proper Manhunter mini (here's what it looked like). 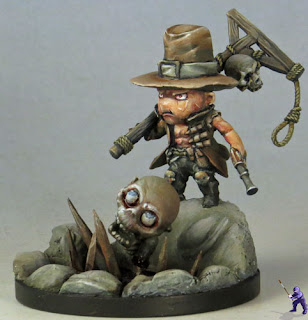 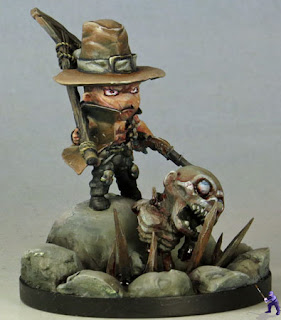