Human skin tones are one of those things that painters often have trouble with. As with eyes or other aspects of humans, we spend so much time staring at them that we’ve become experts without knowing it. When we see it simplified, we know.

Human skin tones are very complex. Just go have a look at yourself in a mirror and see if you can unlock the subtle game of many different colors that play out on your skin. Regardless of what colors are playing out on your skin, I guarantee that it is complex.

One way that I’ve found to capture the complexity of skin is done in the shading. It is very easy to fall into the habit of only using one color to shade your mini, but instead of that, try taking several colors that can be mixed into your shade color and using them individually instead.

For example with Marneus Calgar here, I took a pink flesh tone (P3 Midlund Flesh) and wanted to shade them using a medium brown (something like P3 Idrian Flesh). Rather than doing that, I found two contrasting paints that can be mixed together to make a medium brown color (in this case: P3 Skorne Red and Battledress Green).

To create the subtle interaction we’re looking for, you’ll want to add three layers of shading to the mini, rather than one flesh wash. Start out by mixing your base color with the brighter of the two colors (in this case, the Skorne Red) and thinning it down with water until it becomes a wash. Apply that to the flesh first, allow it to dry, then do the same thing with the second color. You’ll find that the two colors mostly cancel one another out, and give you a pretty interesting shading coat for your mini.

The next step is to mix the two shading color together for your last layer of shading. Again, get these to wash consistency, but this time take a fine brush and deliberately pick out the areas for the deepest shadows. Wrinkles in the skin are great, the area around the eyes and things like that are wonderful to pick out this way.

After that, reclaim some of the raised surfaces with your base color, then start highlighting up (you can mix base colors with white or use lighter flesh tones).

From there, you’ll want to add details on the face. I’ve covered detailing male faces and female faces in other posts.

One interesting advantage that this method gives you is that you can use exactly the same paints on two different minis and still have slightly different flesh tones (people of the same race will have subtle differences in their flesh tones). For example, this giant was painted using exactly the same colors as Marneus Calgar, but on him the red is a little less prominent: 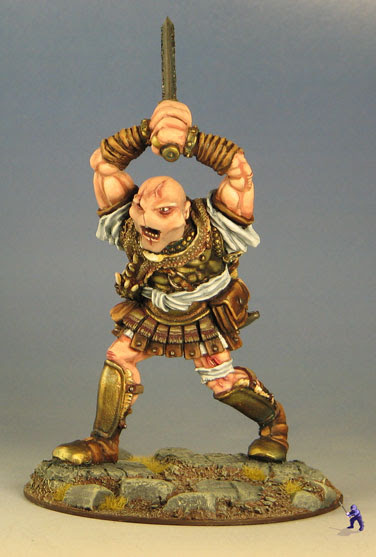 You can start to branch out a little after you have the basic skin down. This Fairy was shaded using a magenta color rather than a normal red- it gives her a very subtly cooler flesh tone. 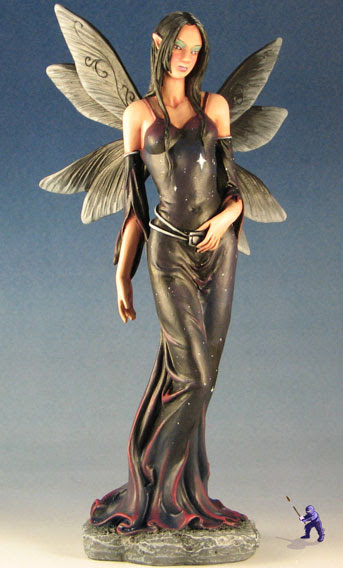 Similarly, this Satyr used these techniques, but the shading was done with a much brighter green: 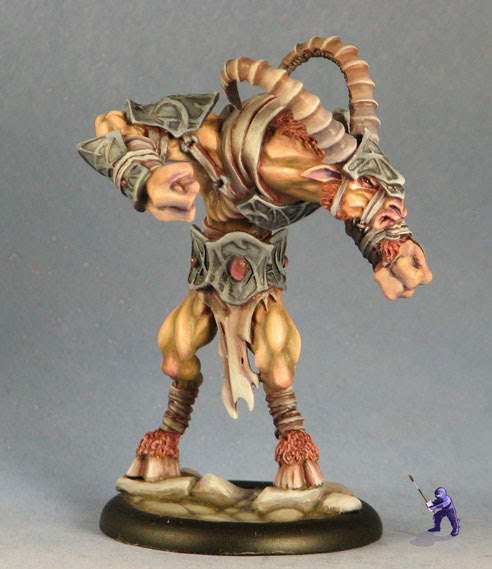 Of course, there’s no reason that this kind of shading would have to stop at human flesh tones: 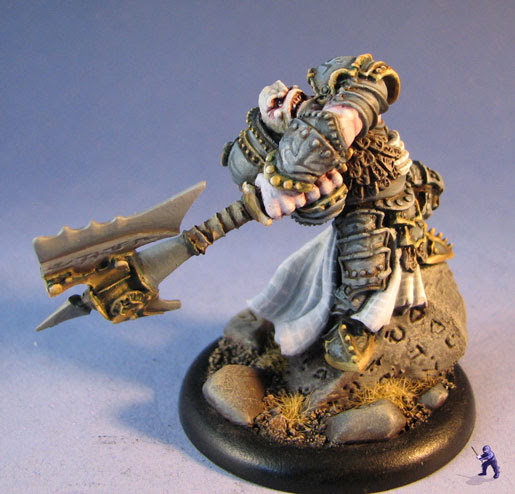 I recently painted up this Iron Warriors Daemon Prince as part of a commission. I decided that I really wanted to add a little flair to the mini as a whole- so to make it stand out on the battlefield he has a nice customized base.
The base is simply green stuff over a normal base. Carving a chaos star into it is simple enough. After that, I painted it exactly the same as I have with lava cracks (including the Object Source Lighting from the ground).
The conversion is partly my work, and partly the work of my client. The mask was taken from a Defiler, while the hammer hand comes from the Cygnar plastic warjack kit (Warmachine). Altogether, I think he achieves the half mechanical look needed for the Iron Warriors.
Anyway, enough talk: