Well, a lot of people are aware that I make some pretty crazy wedding cake toppers.  It's something that I do quite often, really.  And the majority of toppers that I make include zombies.

I don't think that's a bad thing, by the way.  I love zombies.

But I thought that this cake topper- one with no blood effects or splatter in it at all- was a pretty cool idea too.  Here, we see the newly married groom getting totally pwn'd by his bride. 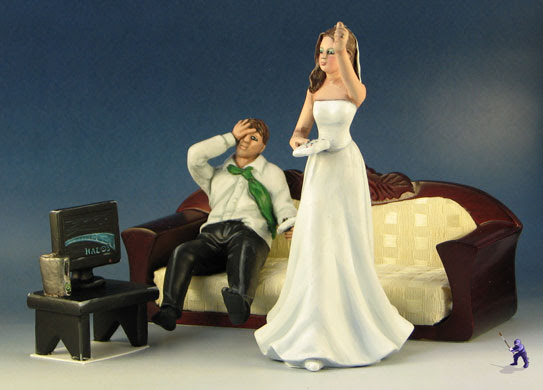 I also recently had a chance to do some more specific kind of zombie cake topper, recently.  In this one, the couple decided to use the zombies to represent aspects of themselves- so we have one zombie in a 50's style for the dance they met at, and the other one is wearing the groom's marine uniform. 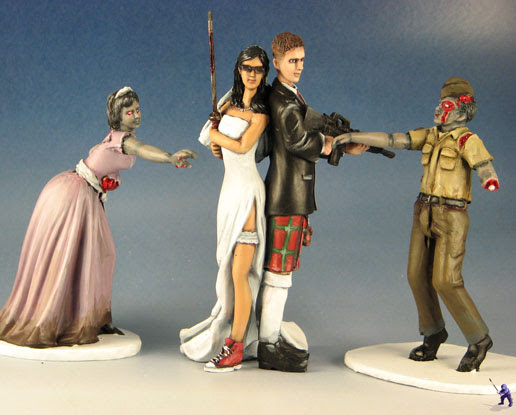 There are more angles on both of these on the Wedding Cake Topper Gallery.

It turns out I painted a lot of those...

Many of my clients have me paint large forces, but the majority of them give me only a few minis at a time to paint.

That's totally understandable- painting up an Apocalypse force all at once would be pretty killer (both for my schedule, and my client's finances). But I'm pretty sure that some of my clients are playing apocalypse games with the forces they've had me paint over the course of time.

The force below is one that I've never been able to see all together- they're an enormous force of Praetorian imperial guardsmen.

Honestly, my hat is off to anyone willing to collect that many limited edition minis that haven't been available for more than a decade. That is a feat, by itself.

Then, fitting them all onto one table looks like it was another feat. The only mini that's missing from the photo is the Armorcast Titan (also no longer available, and epic enough to have his own gallery).

So, here are some pics of the whole force together:

Now, it that's too much to take in all at once, here are some broken up shots: 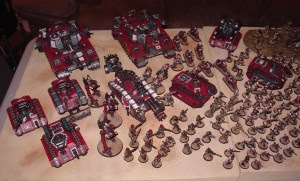 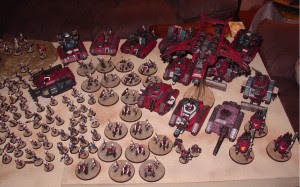 Well, I've painted up my first of the new war engines from Privateer Press, and I have it here to show off.

Looking over the rules, I'm rather glad that a war engine isn't really much different from a heavy warjack- and not an especially huge one at that. It would be easy to make these game breaking pieces, but so far I haven't seen a force that can't live without them.

The base is the size of a CD- so that should give you a sense of scale. If you'd prefer to have them compared against another miniature- this gun carriage is altogether about the size of a Space Marine rhino- actually a little smaller in total volume.

It is cast in total resin, and has tons more detail on it than the rhino kit, but that's the scale of it. Really huge for a Warmachine mini, but it isn't like we haven't seen minis be this big before. 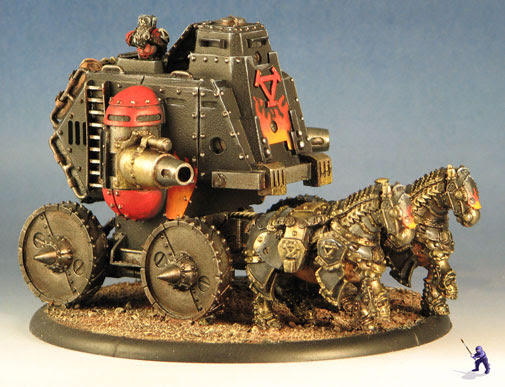 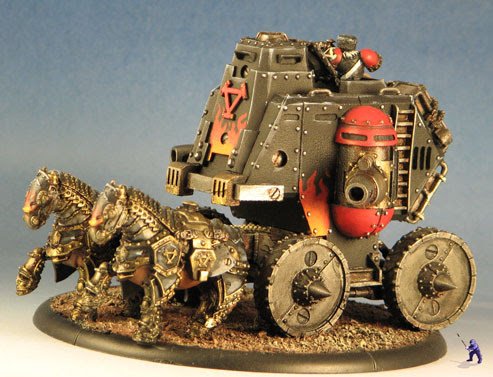