Studio McVey has a gutsy range of miniatures

Honestly, looking through the Studio McVey line, you’ll find all sorts of minis that are meant for painting and nothing else. Mike and Ali McVey know what great miniatures are, and they get some of the best sculptors in the industry to make some of the most creative miniatures you’ll ever see.

The latest addition to their range is Ruby. I suppose that she could be used as a PC for anyone playingBroncosaurus Rex (or another setting inspired by Valley of the Gwangi). But there really just will never be a lot of call for a cowgirl riding a dinosaur.

Even if you’ll never use it, this mini is fantastic. The composition, attention to detail and even the setting details (like the armor plates) are just perfect.

Have a look for yourself. And stop wondering why Studio McVey took three first places for the Table Tog Gaming News Editor’s choice best mini of 2010.

I recently got a pretty outstanding commission to paint up a Warhound Titan made by Armorcast. Armorcast did official Games Workshop miniatures before Forgeworld took over their position. This particular mini had a copyright 1989 stamped onto him.

The titan is a fine miniature, but it had some issues with detail- it was basically an enlarged epic scale mini- and it came from an era in which miniatures in general were a little less loaded with detail. So he needed something to bring him up to date.

But with all of those broad areas, I just had to add in some freehand, right? 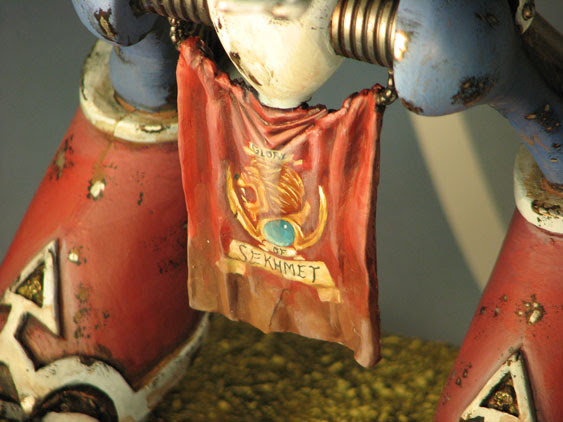 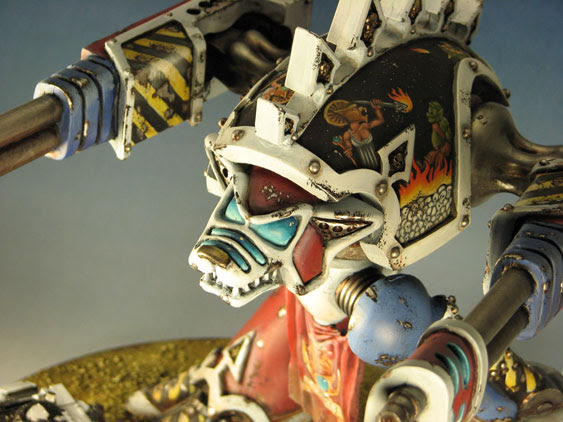 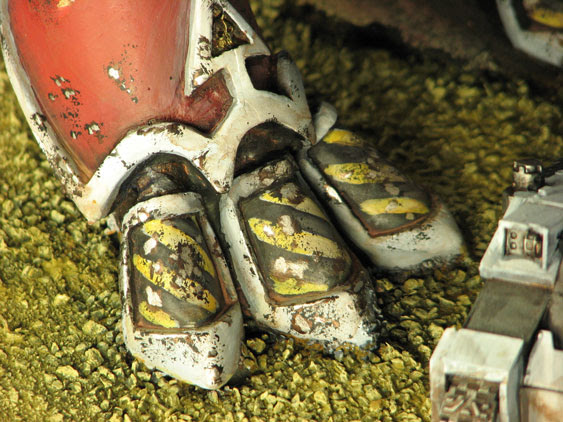 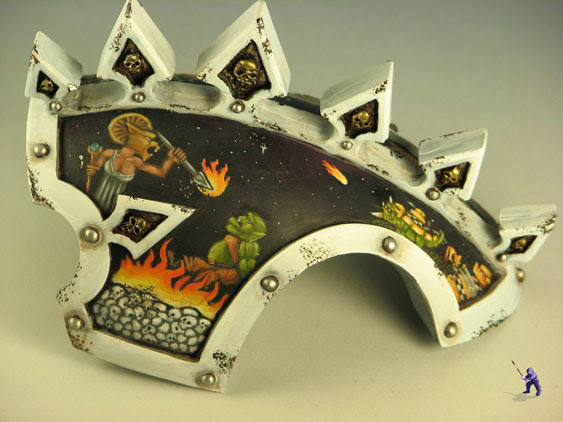 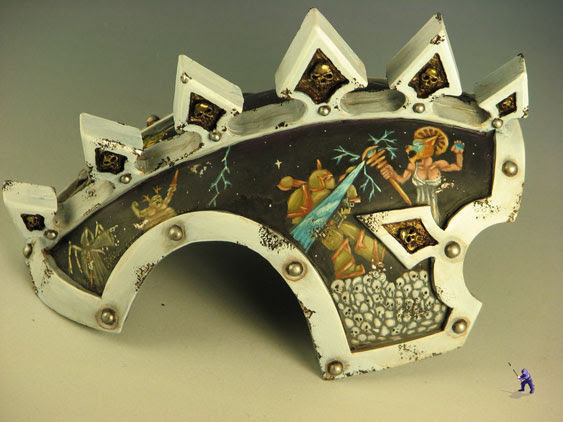 I’ve had my own Space Hulk set for over a year now. Like all painters, I have way too many projects in the works.

So here is the first of the Genestealers, the Brood Lord. The others are already started, and are going to match him. I was going for a more neutral color pallet than the one that the studio painters used (I played a little bit of Gears of War and based the colors off of one version of wretches). 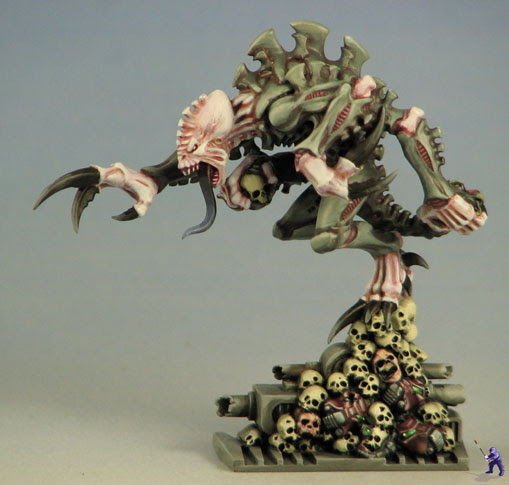 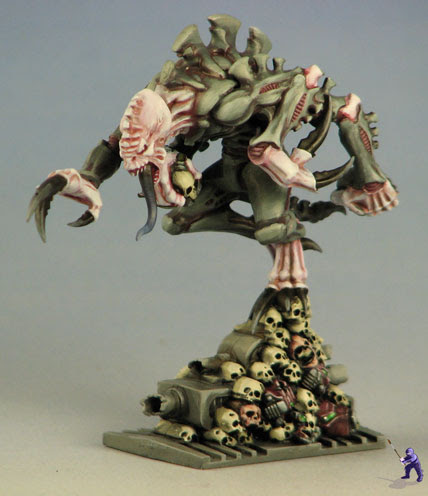 I've been working on a Magnus the Traitor battlegroup for a little while now, and it has been going pretty well. This project started when I just wanted to paint up a random Nomad that I had, and then continued through a Mangler for one of No Quarter Magazine's monthly competitions.

After I finished the Epic version of Magnus for the P3 painting competition, and almost everything else in for the battlegroup, I eventually got around to painting the non-epic form.

One of the main reasons I didn't use this version of Magnus for the competition is his pose. His pose is huddled close to his sword- far less dramatic than the epic form. To combat this, I gave him a far busier paint job than the epic form had.

The biggest difference is the hazard striping on his shoulderpads. Those go a long way to break the mini up and create a sense of movement in the composition. For the same reason, I tried to emphasize his flowing cloak by adding in the dirt effects at the bottom.

This week, Privateer Press announced that they'll be previewing a new kind of model for Warmachine: the Battle Engine.

So far, the only thing we know about these new minis that we haven't seen before is their size: they are huge! Normally Warmachine miniatures have a maximum base size of 50mm, but these monstrosities will be totting massive 120mm bases. Just have a look at this comparison picture:

And they're made from resin. This isn't the first of Privateer Press' resin miniatures- the Extreme Titan Gladiator was a resin kit (and a very large one at that). But the titan is really a collector's piece- more like their older Denegra statue.

Now, it remains to be seen just how a 120mm based miniature will affect the game. I'm personally a little skeptical that ginormous battle engines will be adding all that much to a very fine game, but Privateer Press have surprised me before with great results for ideas that seemed like they wouldn't work. So let's wait and see how they turn out.

Oh, and they're posting a new piece of concept art for a battle engine every day this week. Head on over to the Privateer Insider Blog to see what they're cooking up next.
Posted by Drew Olds at 10:12 AM No comments: