For this year's painting competition at Gencon, I decided to paint up a Santana Ortega (that I got as a sort of stealth prize from Wyrd last year).

The competition this year was pretty stellar, so I was proud when she took first place in Wyrd single miniature (I placed ahead of one of my favorite painters even).

Here are the photos: 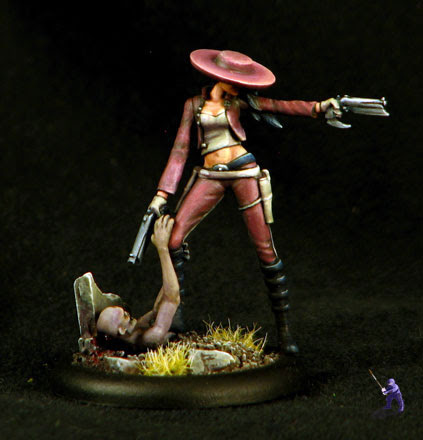 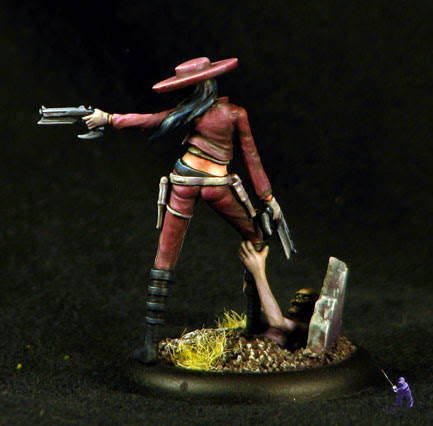 I stopped by the Soda Pop booth at Gencon and got to take a look at what they had coming up for Super Dungeon. Due to some mail issues, they didn't have any of the prototype minis to show off, so right now we're just going with the artwork.  Of course, I'm excited from there, because... well, just look at this artwork: The three at the bottom are the heroes: The Centaur is going to be the first large based hero (other than shapeshifters). In the center is Princess Emerald, one of Ruby's sisters. On the end is a questing knight who can throw his lance (ala Ghosts and Goblins).

They also had a new hero on sale. Unlike the Princess Ruby they released last year, this hero is totally unique and not a part of the expansion above. Coolmini eventually had to create a separate line for people who were buying her. 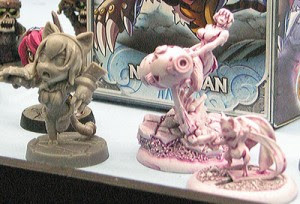 Next to Nyan Nyan is the limited sculpt for Candy and Cola.  They didn't have any of her when the con started, or most of the time after that.  Really, they only had a few copies of her show up on Saturday, so very few people got one. When I asked about it, the Sodapop people told me they'd make her available online soon- and that their webstore would be back online very soon.  Let's hope.   Since we're here with the Relic Knights, here are photos of the painted minis from that line.  I'm pretty sure that these are mostly prototypes that they've had cast in resin and painted up, since the finished minis won't be around for a little while. They said that they're totally on track for November still.  Yeah, I'd really like to have my Relic Knights already too, but have a look at these for now. 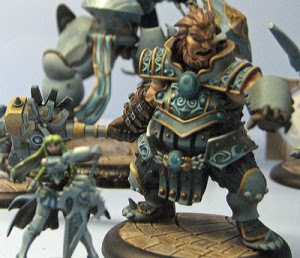 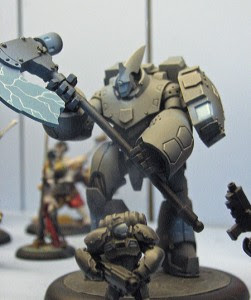 Wyrd shows off their Gencon releases

So, Wyrd Miniatures is set to pre-release their new Malifaux 2nd Edition at Gencon this year. Along with it, they have a slew of plastic box sets: A female version of the Steamborg Executioner

A Nightmare edition of a new master: Karina the Herald of Obliteration

In addition to these,, they've showing off a slew of old master box sets updated with new plastic sculpts- the new Ice Golem is especially neat:

And that's not even mentioning all of the new stuff that isn't miniatures related.  They'll be busy this Gencon- and since they'll let you buy all of these online too, they'll be busy shipping as well.
I really like the new look of those death marshals
I only wish we had a chance to see the new Gremlins along with all of these.  Maybe next time.
Posted by Drew Olds at 9:05 AM No comments:

Well, we figure in the next five to seven years, they're going to make it happen. The weaponry we've always wanted, that we've always seen in our favorite trilogy (and those three prequels) will finally be something we can use.

Shortly, this will be followed by the zombie apocalypse, but that way we'll all be well armed, right? Anyway, here are some cake toppers: 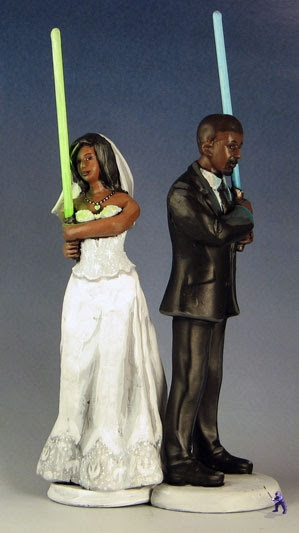 And in case you thought that this groom clearly took the best weapon and left his bride without arms, here's another picture so you can see her magic wand:

See?  he's not discourteous at all.
Posted by Drew Olds at 9:16 AM No comments: