For those of you who haven't seen them before, Pulp City has a pretty groovy range of super hero minis. They've been around for quite a while, and really have some of the best range of supers out there.

They also fit in well with the super heroes from Reaper's Chronoscope range- for example: 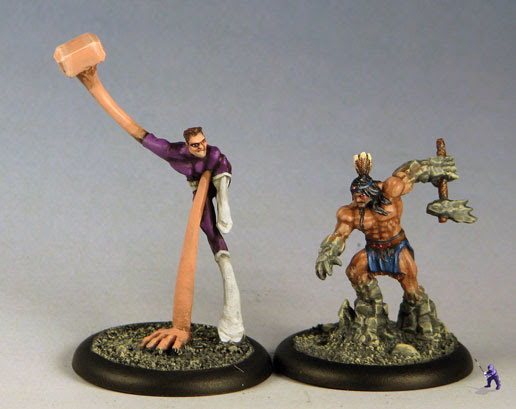 And they're currently Kickstarting the update to their game. As we would expect from established game creators with a solid following, the game is already well over funded, and they're going to be ramping it up for the next month or so.

I've had the opportunity to paint up a quite a few of their minis, and they're all pretty nice pieces. I think my favorite set were Virus and his Ape Bot: 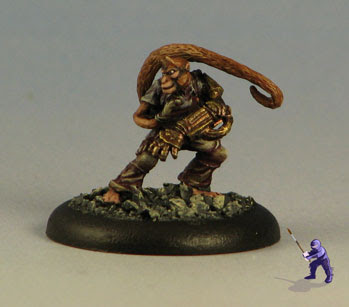 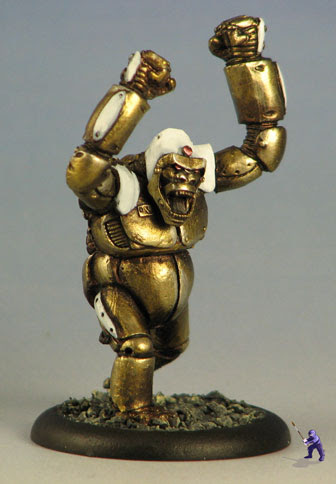 I've had quite a few cake toppers over time that express a couple's interests in videogames. And I'd like to share a few with you. We'll start out with one where she's got the upper hand against a zombie horde: 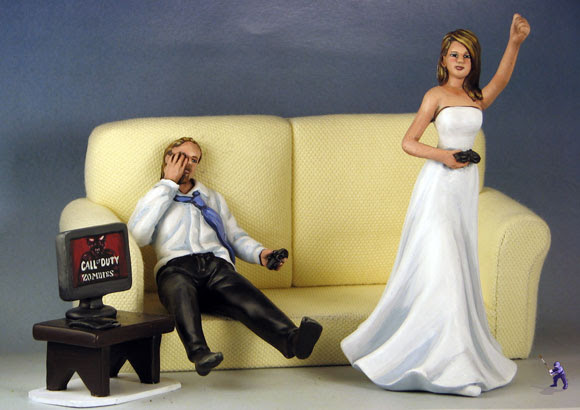 And there's a design that I've started calling kissing gamers. We have quite a bit of variety, but all of them couldn't put down their controllers to kiss. 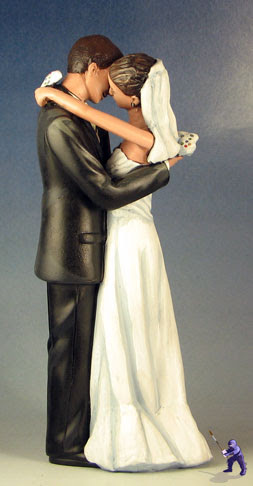 And to top them all off, I had a couple who had me base their cake topper on characters they play in an online game: This is a mini that started life as a resin statue. I've done a few of these, and I find that they can turn out pretty nice.

For the record, the original simply has a bronze colored drybrush on it to create a sort of patina look. I also had to do a little re-sculpting on the base (there were some spots where the detail wasn't cast right).